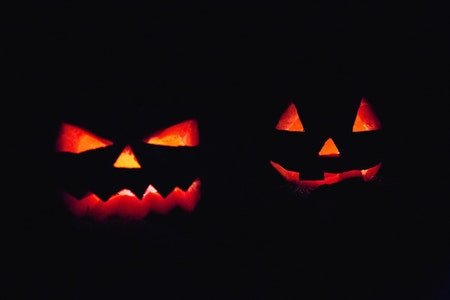 At some point between the age of 12 and 16, we all discover one of life’s harsh realities: being too old to trick or treat. Taken when we’re too young to appreciate it, few things compare to an annual night of costumes, scares and free candy. But like most of life’s obstacles, all you need to clear it is a little change in perspective.

That remains especially true as trick or treating gives way to monotonous parties, way too many pumpkin-flavored snacks and dreading the work required to take the next step in your career.

While job searching is free of ghosts, monsters and things that go bump in the night, the concept of weeks, even months, of applications, emails and interviews can begin to feel like the world’s longest haunted house. However, much like Halloween, its success relies upon how well you prepare. And preparing? Turns out it’s not so different than getting ready for trick or treating.

Just as you would decide between a zombie or ghost, you need to have a clear idea of what role you desire. Some costumes may be the same as last year’s, but reusing a costume or taking a similar role at another company can be equally smart moves in the long run. Tired of being the same thing every year? A career leap is easily achievable so long as you’re prepared with a clear destination in mind. After all, nobody wants to be explaining what they’re dressed as all night.

The best costumes aren’t store bought or assembled 30 minutes before sundown on Halloween. Like resumes, the more time, originality and attention to detail they receive the more attention they draw. If that off-brand superhero costume won’t win you any contests, neither will that boring, error-riddled resume land you a job.

Making your way through the neighborhood is no different than reaching out to employers. Not everybody will have their porch light on, some may even have a light on but not answer the door, but ring enough bells and you’re bound to get a steady stream of responses. Finding the right company is like finding the house with full-sized candy bars. Although accepting an offer isn’t as immediately rewarding as candy, it marks the end of your search. Then you put that first paycheck towards as much candy as you can stomach.

Looking to make the job search a little less scary? Find out how Monikl can help.